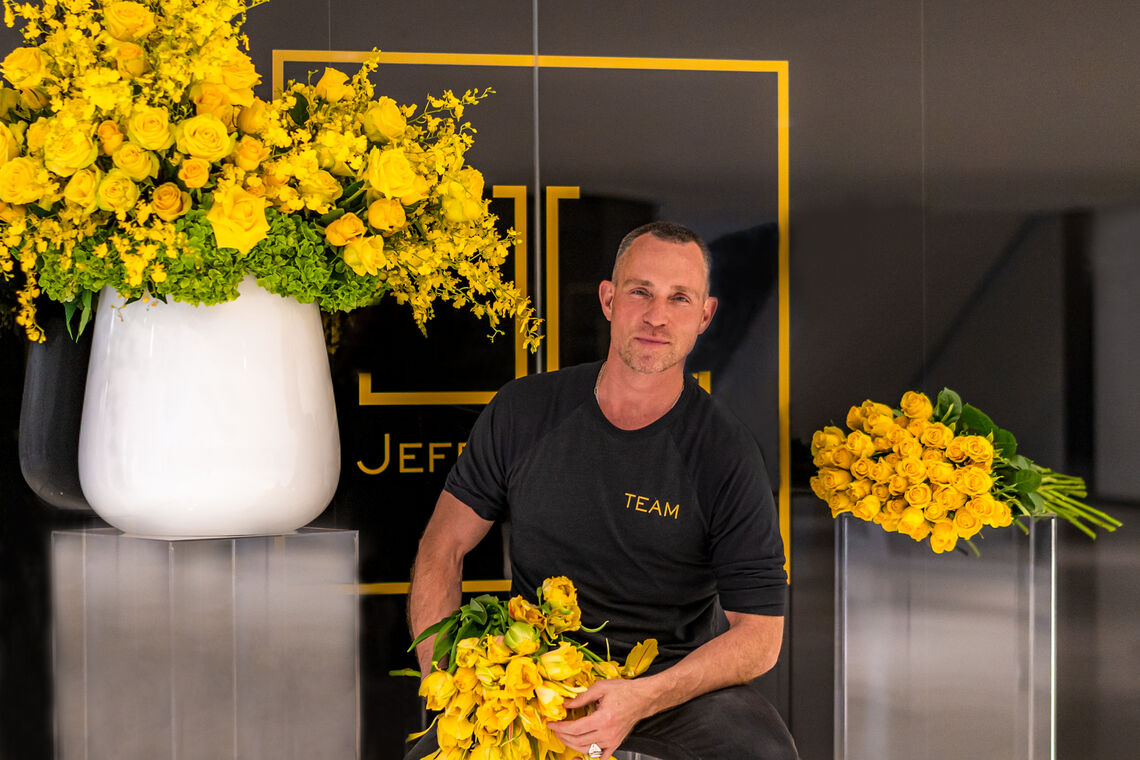 April 20, 2021 – Philadelphia, PA - The Pennsylvania Horticultural Society (PHS), in partnership with Four Seasons Hotel Philadelphia, today announced that celebrated florist Jeff Leatham, known for large-scale, architectural floral installations that utilize thousands of flowers will create Jeff Leatham’s “Habitat” presented by Four Seasons Hotel Philadelphia. This grand floral installation will debut at the 2021 PHS Philadelphia Flower Show during the Show’s opening weekend, offering show visitors a stunning explosion of color and grandeur upon their arrival at the Show’s grounds. This installation can be viewed during the PHS Member’s preview on Friday, June 4 and publicly from Saturday, June 5 – Sunday, June 6. This year’s Show, “HABITAT: Nature’s Masterpiece,” will be held outdoors for the first time in its 193-year history and will explore the beauty of life through nature’s kaleidoscopic lens from June 5 – 13, 2021 at FDR Park in South Philadelphia.

A captivating, living installation where nature meets architecture, Jeff Leatham’s “Habitat” will recreate the explosive energy and movement of overgrown vines in vibrant hues of orange and yellow. Creating an otherworldly artistic expression, the installation features a combination of Plumosa Ferns and Baby’s Breath sculpted around the iconic columns of the Olmsted Pavilion. “The inspiration for this piece comes from our collective experience of being quarantined this past year,” said Leatham. “When I close my eyes, I see pent up and overgrown nature wanting to be free. The colors are inspired by the burning desire to bring back the fire of life.”

“It has long been a dream of ours to be a part of this iconic Philadelphia event,” said Ben Shank, General Manager, Four Seasons Hotel Philadelphia. “Jeff Leatham’s vision of large-scale, organic lines, juxtaposed with the existing architectural structure of the Olmsted Pavilion at FDR Park will create a never-before-seen moment for the Philadelphia Flower Show and the City of Philadelphia. We are excited to bring his creative genius to Philadelphia once again.”

This will be Leatham’s third public floral installation in Philadelphia. Jeff Leatham’s “Habitat” is one of 29 signature, large-scale floral and garden exhibits to premiere at this year’s Philadelphia Flower Show.

The Philadelphia Flower Show, typically held each March at the Pennsylvania Convention Center, will be held outdoors for the first time in its history. The move allows PHS to present the Show safely, at the height of the gardening season and with the added health benefits of the outdoors. The central location, situated adjacent to the South Philadelphia Sports Complex, is accessible to major highways and mass transit. The Park features inspiring natural beauty and an expansive setting that also provides Show designers with an exciting new layout for creative expression and horticultural displays. Visitors will experience the Show through three distinct “Districts” that feature a joyful combination of experiences housed in the Plant, Design, and Gardening districts, with activities and horticulture education created for all skill levels.

The Flower Show will span 15 acres of FDR Park’s 300+ acres parallel to Pattison Avenue, allowing the vast majority of FDR Park and its amenities to remain accessible to the public during the Flower Show dates. PHS is working closely with local community leaders and Philadelphia Parks and Recreation on Show planning.

Ticketing:
Attendees must reserve a date and time of visit for all tickets purchased. Tickets are limited. Early purchase is recommended.

Show admission, membership, special events, tours and packages are available for purchase via the PHS website and early purchase is recommended: PHSonline.org

PHS members enjoy special entry privileges. Members provide needed funds to advance PHS’s impact year-round through a variety of efforts that create health and wellness throughout the region. Membership includes a variety of ticket offers, such as ticket discounts or complimentary admission during special preview hours.  To become a PHS member, visit: PHSonline.org/support-phs/membership

Entry is prohibited within 30 minutes of Show closing each day.

ABOUT JEFF LEATHAM
Jeff Leatham, Artistic Director of the Four Seasons Hotel George V in Paris, has been creating a sensation with his floral designs and installations since he first began working with flowers at the Four Seasons Hotel in Beverly Hills in 1994. Now he has design studios in both the FS Beverly Hills and the new FS Philadelphia as well as continuing to mesmerize us with his lobby installations at the FS George V in Paris. Jeff’s work is a combination of his love for flowers, people, and design. His creations are bold statements - using shape, color and simplicity to produce a dramatic effect. Breathtaking and unforgettable, Jeff’s signature designs are always integral to the setting, never merely a backdrop. https://www.jeffleathamflowers.com/

ABOUT FOUR SEASONS PHILADELPHIA
Four Seasons Hotel Philadelphia is the city’s first-and-only Forbes Five Star rated hotel.  As a Contributing Sponsor, Four Seasons Hotel Philadelphia is offering limited VIP Packages for guests who want a behind-the-scenes experience of the breathtaking displays throughout the Flower Show.  The package features an overnight stay in the Hotel’s Corner Suites, and an exclusive early hour's tour of the Flower Show curated by one of the show’s designers. Availability is limited, please call 215-419-5000 for reservations.