Scout is an urban design and development practice who led the redevelopment of the historic Bok Building into a home for over 250 artists, small-batch manufacturers, businesses and nonprofits. Scout is interested in projects that are thoughtful, community-driven and unexpected in our role as developers, designers, advisors and collaborators. 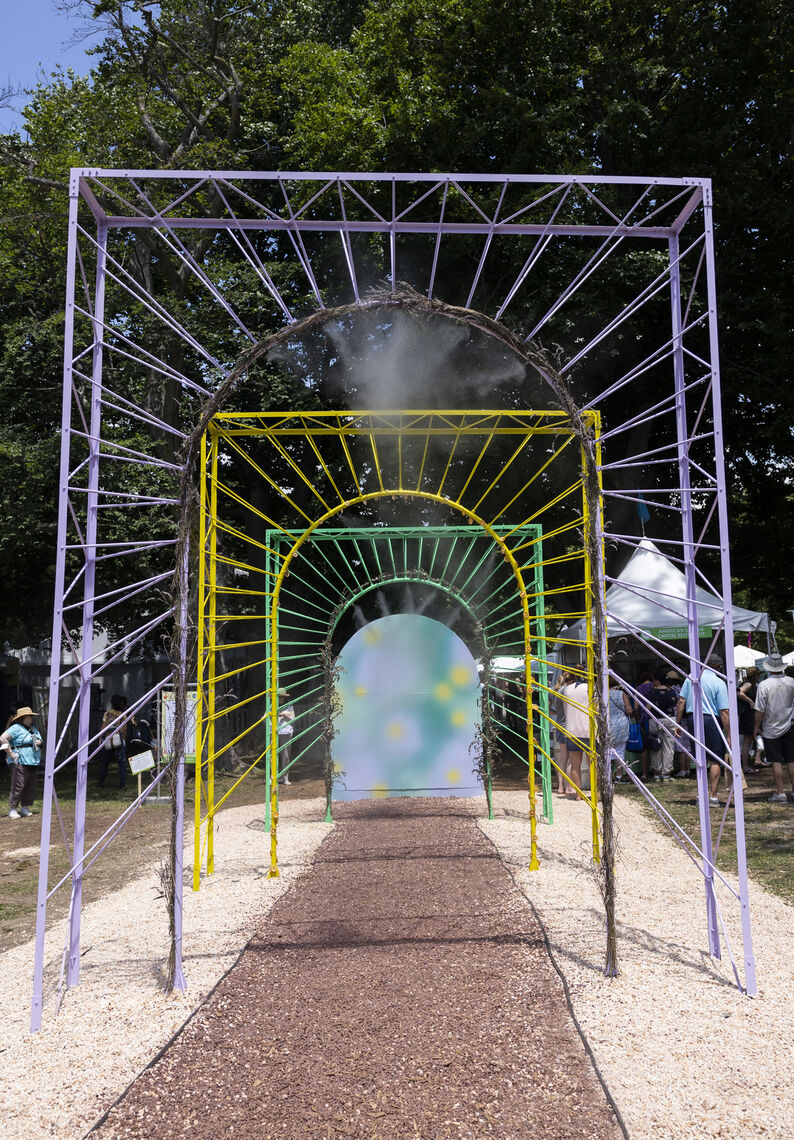 WINNER of The 2022 PHS Silver Medal (Landscape) for major exhibits receiving 80-89 points. DAVID RUBIN Land Collective is a landscape architecture, urban design, and planning studio committed to practicing with an emphasis on socially-purposeful design strategies. The studio is dedicated to crafting landscapes that create positive change through cross-disciplinary collaborations and the synthesis of art, technology and the social sciences to create human-centered works. It is an appreciation for empathy that drives the studio's design process. Their practice emphasizes holistically-sustainable design principles, with social sustainability leading the design effort. Life is what happens between buildings. Since a successful space is one that's well attended, the success of their design depends on how people engage each other in it, no matter what the scale. 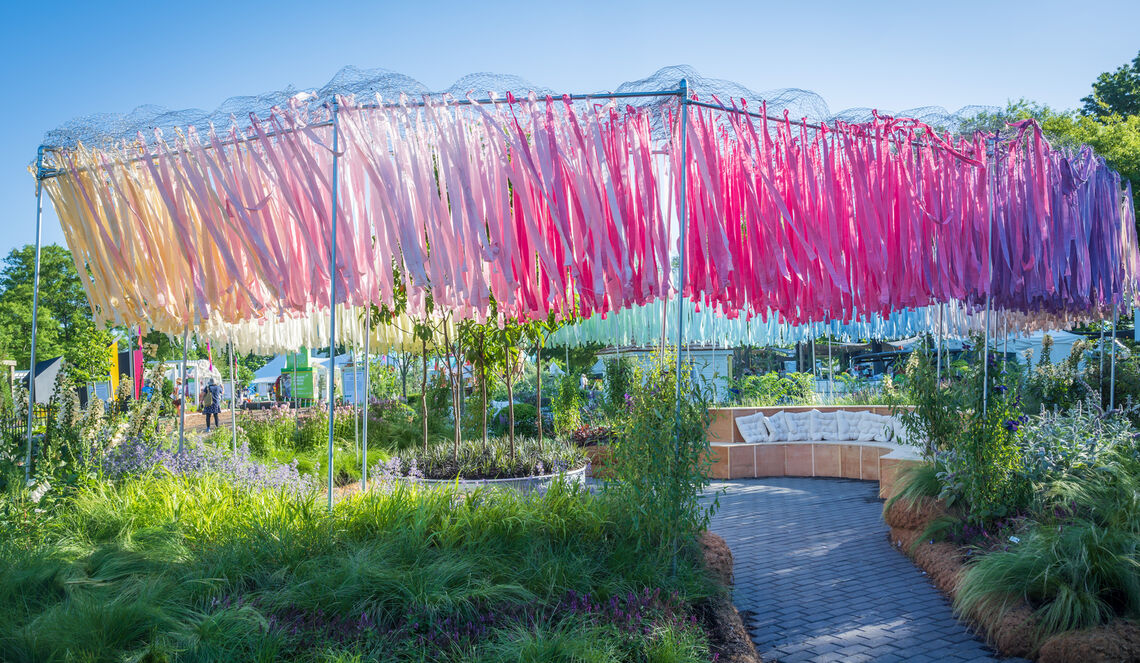 Fresh Artists is an innovative nonprofit empowering compassionate, creative and capable young people to tackle the critical shortage of arts funding in our public schools. We create real-life opportunities for kids to engage as philanthropists, to exhibit their artwork in high-profile places for decision-makers to see, and to deliver innovative visual art programs and art supplies to public schools struggling with shrinking budgets. Fresh Artists is honored to work with the hundreds of children represented in its collection and the art teachers who ignite their creativity -- inspiring them to share their stories. 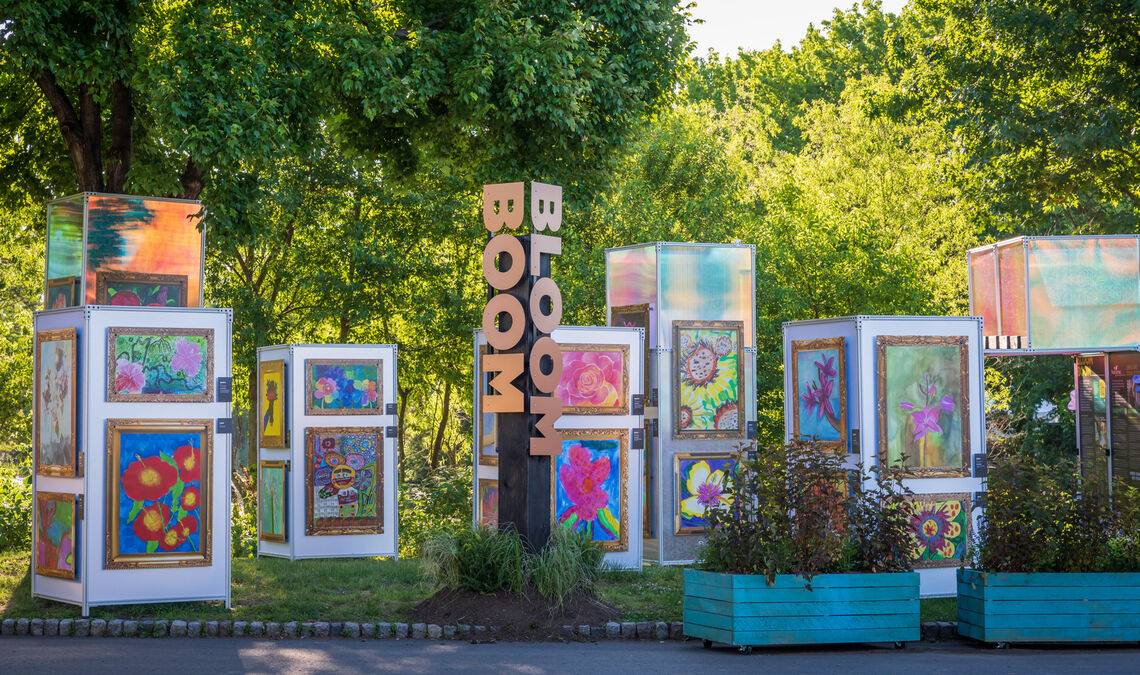 Ikebana International (I.I.) is a worldwide organization founded in Tokyo in 1956 by the late Ellen Gordon Allen. Its members are dedicated to the promotion of the mutual understanding and friendship between Japan and other countries through Ikebana (the art of Japanese flower arranging) and other related arts in Japan. 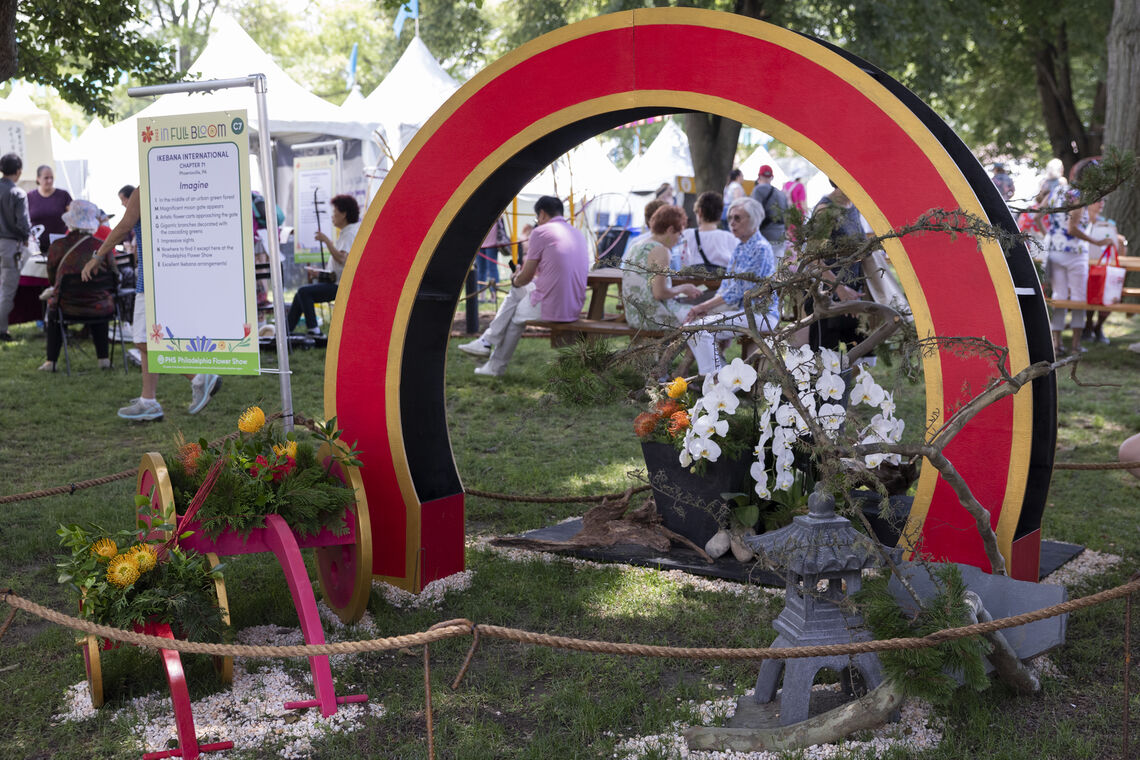 The Philadelphia Society of Botanical Illustrators is both educational and philanthropic: We offer educational opportunities to our members and others interested in botanical art and we bring Botanical Illustration to the attention of many audiences. We celebrate the artistic development of our members and provide an opportunity to exhibit together. We have exhibited at the Philadelphia Flower Show for many years, where accepted artists donate a portion of any sales to that year's Charity of Choice. The 2022 Charity of Choice is PHS Harvest. 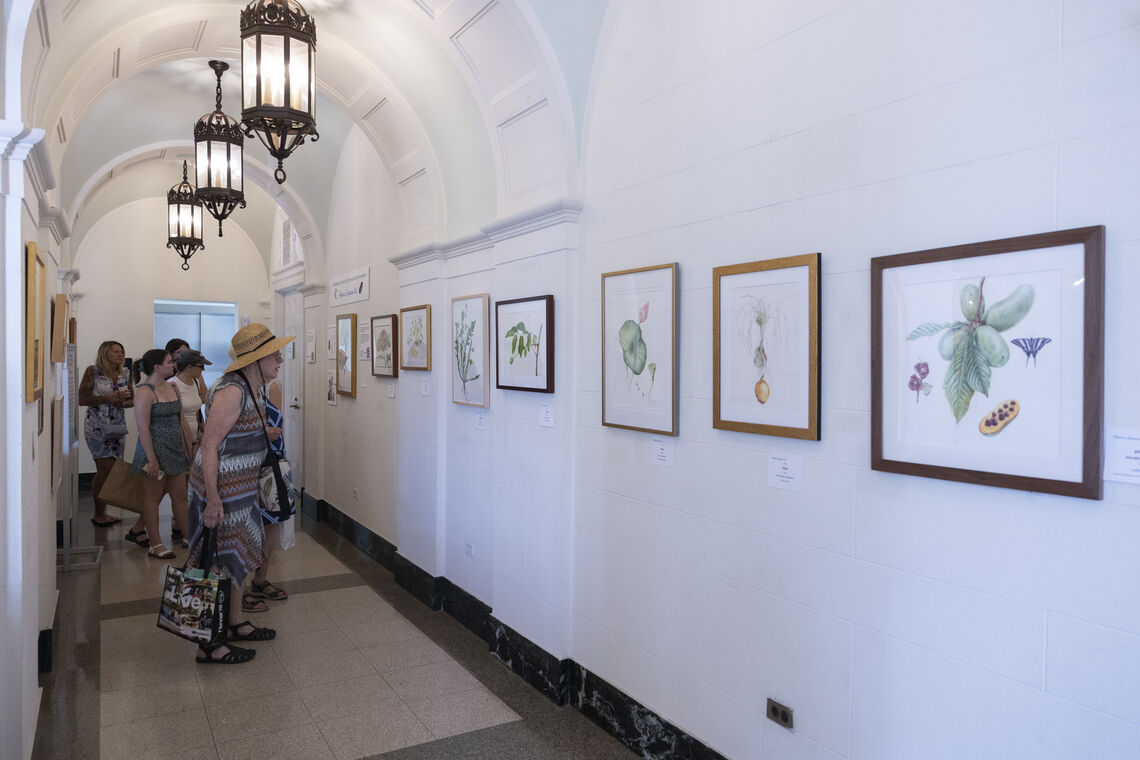 Curator Conrad Benner​ is the founder of​ ​StreetsDept.com​. Named one of the 76 most influential people in Philly by Philadelphia Magazine in 2020, Conrad is a Fishtown, Philadelphia born-and-raised photo-blogger, curator, and podcaster. For the last 10 years his work has explored art, our public space, and the creative minds shaping the world around us. Conrad has also used his platforms to advocate for better public transit with #SEPTA247; increased funding for Philly's unhoused youth with #AmICutOut; and various voter drives including #ToThePolls and #MailboxVoters, among other efforts. The 2022 Flower Show installation artist Nicole Nikolich is the creative force and laborer of love behind Lace In The Moon. As an avid street art lover who was becoming increasingly inspired by the popularity of the yarn-bombing movement, Nicole began taking her creations to the street. The 2022 Flower Show Muralist Cindy Lozito is a Queens-raised, Philadelphia-based illustrator and designer. She loves using her creative talents to showcase communities, identity, and personal stories. Her work has been featured in The New York Times, Washington Post, Visit Philadelphia, the Rail Park, and more. 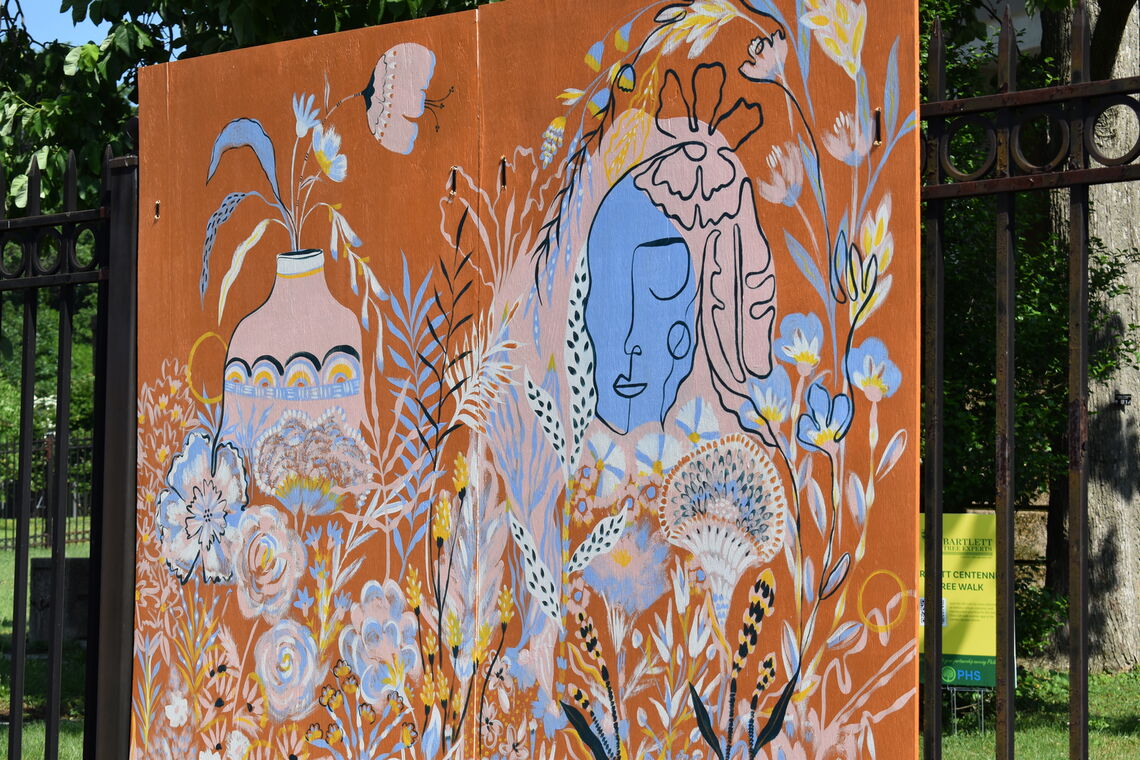 Wish Unlimited is Christian Kanienberg. He is a multi-disciplinary visual artist, based out of Wilmington, Delaware. Kanienberg has been designing and fabricating sets for the Philadelphia Flower Show for 20 years and has made an impact of his own in the past 4 years by collaborating with professionals in the floral industry to create his very own comprehensive visions for the show. 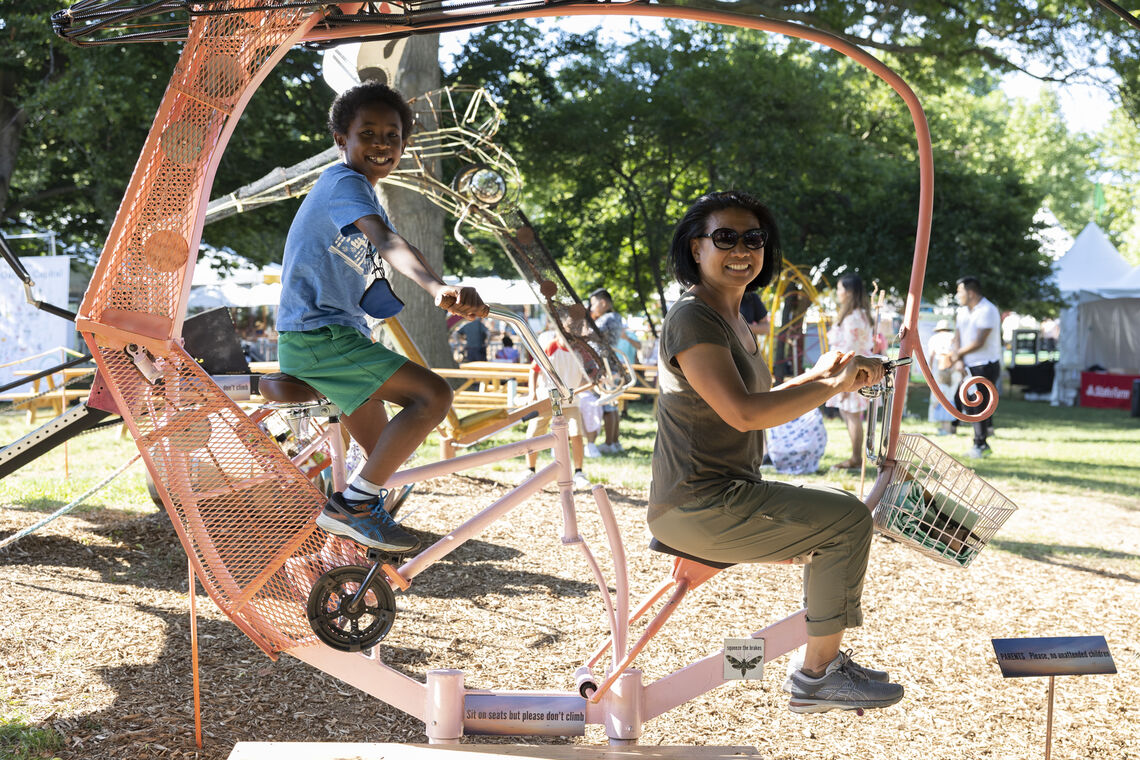