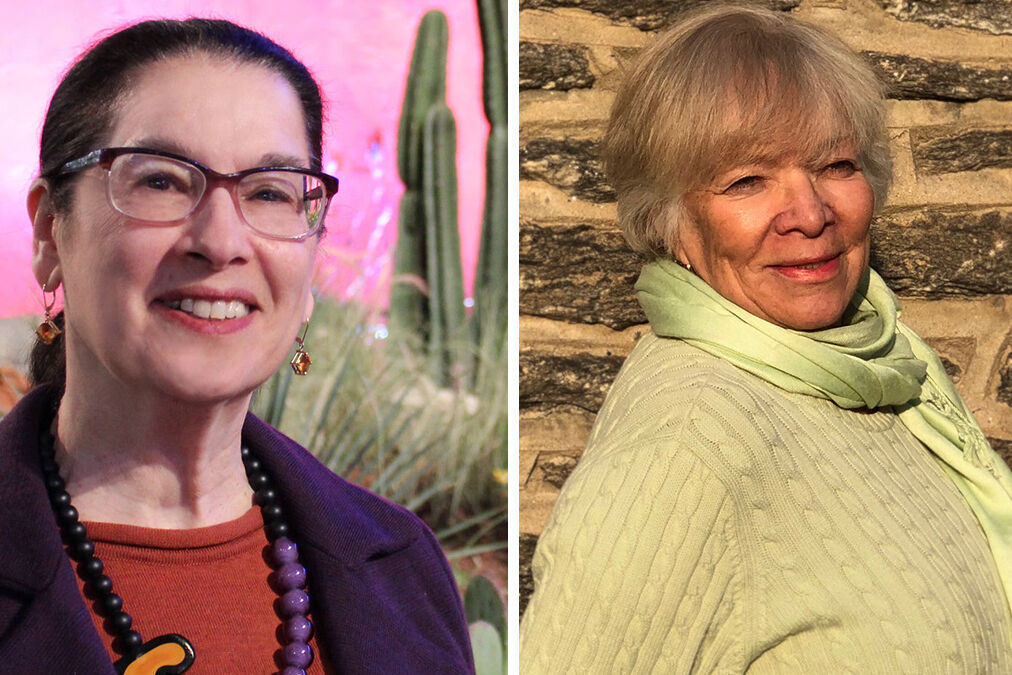 January 15, 2021 – Philadelphia, PA – The Board of Directors of the Pennsylvania Horticultural Society (PHS) is pleased to announce the election of four new members: Sharrieff Ali, Dr. Wilfreta Baugh, The Honorable Lillian Harris Ransom, and the return of long-term Board member Kenneth G. Wood after a hiatus. Robin Potter has been newly elected as the Chair of the Board of Directors for PHS. Christine Henisee, Loree D. Jones, and Jason E. Vermillion serve as Vice Chairs of the Board.

As leaders in the fields of entrepreneurship, business, medicine, law, and finance, the new members will help guide PHS in its efforts to increase health and wellness throughout the region.

“As we focus our efforts on advancing the health and well-being of the region, the diverse backgrounds and experience of our new Board members and the leadership of our new Board Chair will be an invaluable contribution to the next chapter of growth for the organization.” said Matt Rader, PHS President.

New members are elected to a three-year term on the 23-person Board bringing their expertise, resources, and dedication to committees and projects throughout the organization. Below is information on the new members of the PHS Board of Directors and the newly elected Chair.

Sharrieff Ali
Sharrieff Ali’s entrepreneurial experience spans three decades beginning with Dior-Rossi LTD, a fashion accessories design and manufacturing company in Philadelphia with national distribution to Saks Fifth Avenue and Bloomingdales department stores. He was elected President of the Philadelphia Fashion Designers Alliance, a tri-state design and manufacturers association, co-producing with the Office of the City Representative of Philadelphia “Philadelphia Dresses the World,” a fashion and textile trade exhibition show staged at the Philadelphia Civic Center. Mr. Ali served as the Executive Committee Officer of the Spruce Hill Community Association for over 10 years and as a member of the organizing committee for the Penn/Alexander community catchment school where he served as Education Committee Co-Chair. He also served as a Board Member of The Friends of Clark Park and participated in the fundraising efforts for the re-foresting and physical environment improvements planning and implementation for the park. He is an active PHS Tree Tender in Germantown.

Dr. Wilfreta Baugh
Dr. Wilfreta Baugh has exhibited at the Philadelphia Flower Show annually from 1974 until 2018, at World Association of Flower Arrangers and other national shows and has placed interpretive designs in museums. She is a volunteer at Emlen School, where she initially tutored reading and math and later served as an artistic mentor to the art teacher on pressed plant pictures. Dr. Baugh taught Mathematics and served as Department Chair at Cooke Junior High School, a Philadelphia public school. She completed her undergraduate studies at Hampton University with a major in Chemistry and minor in Math, completed graduate school at Penn State with a major in Meteorology, completed medical school at Jefferson Medical College, and residency at Albert Einstein Medical Center in Internal Medicine. She practiced medicine from 1981-2013. Dr. Baugh is a mother of two, grandmother of seven, and a great-grandmother.

The Honorable Lillian Harris Ransom
Judge Ransom began her judicial career in 1995 when she was elected to a ten-year term on the Court of Common Pleas in Philadelphia. She was retained for two additional ten-year terms. During her tenure on the Philadelphia bench, she presided over cases in Family Court and in the Criminal Division. At the time of her appointment to the Superior Court of Pennsylvania, Judge Ransom was the Homicide Team Leader and was responsible for leading the implementation of the re-sentencing of over 300 juveniles who had been sentenced to mandatory life in prison.

When Judge Ransom began her career as a judge of the Pennsylvania Superior Court following her nomination by Governor Tom Wolf in 2016, she became the fourth African American to serve on that court in its 100-plus year history. She continued her service to the Commonwealth as a senior judge of the Superior Court until 2018. In 2018, she assumed the position of Senior Judge for the First Judicial District in Philadelphia. She is the president of Our Garden Club of Philadelphia and Vicinity, the oldest continuously operating African American garden club in the United States.

Robin Potter
Robin Potter was elected Chair of the Board of PHS as of January 1, 2021.   An entrepreneur with extensive experience in the financial services software and software services industry, Robin founded and drove the rapid growth of a large-scale business systems implementation firm that served Fortune 500 companies. After selling that company, she retired from an active business career and refocused on her passions of horticulture and arboriculture. She subsequently completed the certificate program at the Barnes Foundation’s Arboretum School and became a Camden County Master Gardener. Robin joined the Board of PHS in 2015. She was chair of the Governance and Nominating Committee until the end of 2020. A longtime PHS volunteer, she is a trainer for the PHS Tree Tenders program and was previously on PHS Council, co-chair of the Philadelphia Flower Show’s Early Morning Tour guides, and chair of the Plant Dividend member benefit committee. Robin is a graduate of the Wharton School of Business (MBA), Swarthmore College (BA), and Harvard University (MA).

Kenneth G. Wood
Kenneth G. Wood is Senior Vice President, Credit Risk Executive, with Bank of America’s Global Commercial Banking team serving Pennsylvania and southern New Jersey. Since graduating from Villanova University, Ken has spent over 35 years in commercial banking, the last 18 years with Bank of America. In addition to being active gardeners, Ken and his wife, Teresa, are 18th-century history enthusiasts. They are members of the President’s Council for the Colonial Williamsburg Foundation. Ken’s first involvement with PHS was on the Finance Committee in 2002. He joined the PHS Council in 2004, served on the Board since 2011, and rotated off the Board at the end of 2019. Including governance and finance, Ken’s areas of particular interest at PHS include public gardens, the McLean Library, and PHS’s history.

For more information about the Board of Directors and PHS, please visit phsonline.org.

ABOUT PENNSYLVANIA HORTICULTURAL SOCIETY
The Pennsylvania Horticultural Society (PHS), an internationally recognized nonprofit organization founded in 1827, plays an essential role in the vitality of the Philadelphia region by creating healthier living environments, increasing access to fresh food, growing economic opportunity, and building deeper social connections between people. PHS delivers this impact through comprehensive greening and engagement initiatives in more than 250 neighborhoods; an expansive network of public gardens and landscapes; year-round learning experiences; and the nation’s signature gardening event, the Philadelphia Flower Show. PHS provides everyone with opportunities to garden for the greater good as a participant, member, donor, or volunteer. For information and to support this work, please visit PHSonline.org.