Gardening for the Greater Good - January 2019 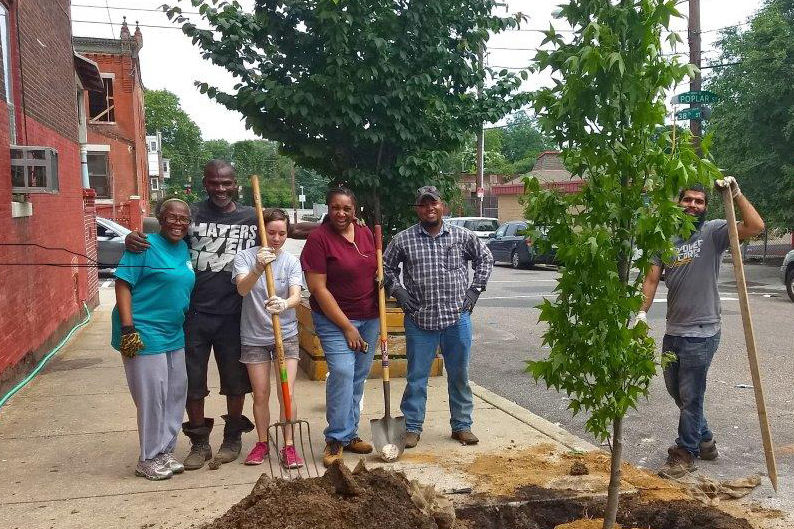 While a healthy tree canopy is considered 30%, many of Philadelphia’s neighborhoods are well under 10% canopy. One of those with a depleted canopy includes the neighborhood of Nancy Boyd, a Board member at the Centennial Parkside Community Development Corporation, along with fellow Board member Juanita McFadden and community activist Roberta Lightly near Fairmount Park! The three women decided to do something about it and signed up to take the PHS Tree Tenders Basic Training class together last January.

Boyd, McFadden and Lightly learned that even though their neighborhood is near the Park, a lot of trees still need to be planted according to the data. “Seeing that information was eye-opening. We decided we needed to plant trees, and we had to form a group! I had never thought about it before, but after taking the class and learning the benefits of trees, we were determined,” says Boyd. Boyd was referring to an analysis undertaken by PHS that utilized multiple data sets (including tree canopy, population density, income, and crime) to determine the areas of Philadelphia that had the highest need for trees.

It didn’t take long before the three decided to form their own Tree Tenders group. “During the class, we had breakout sessions, we talked with Mindy Maslin, (PHS Tree Tenders Program Manager) and we saw the other groups that had been formed,” says Boyd. “They displayed a map of the trees in the city, and we saw where we lived. Our neighborhood was in the red for trees. When we saw all the red in our area and heard that planting trees could potentially lead to less crime, we thought we should fill this neighborhood with trees!”

To date, the new Centennial Parkside Tree Tenders group is seven-members strong and growing and has planted 27 trees.