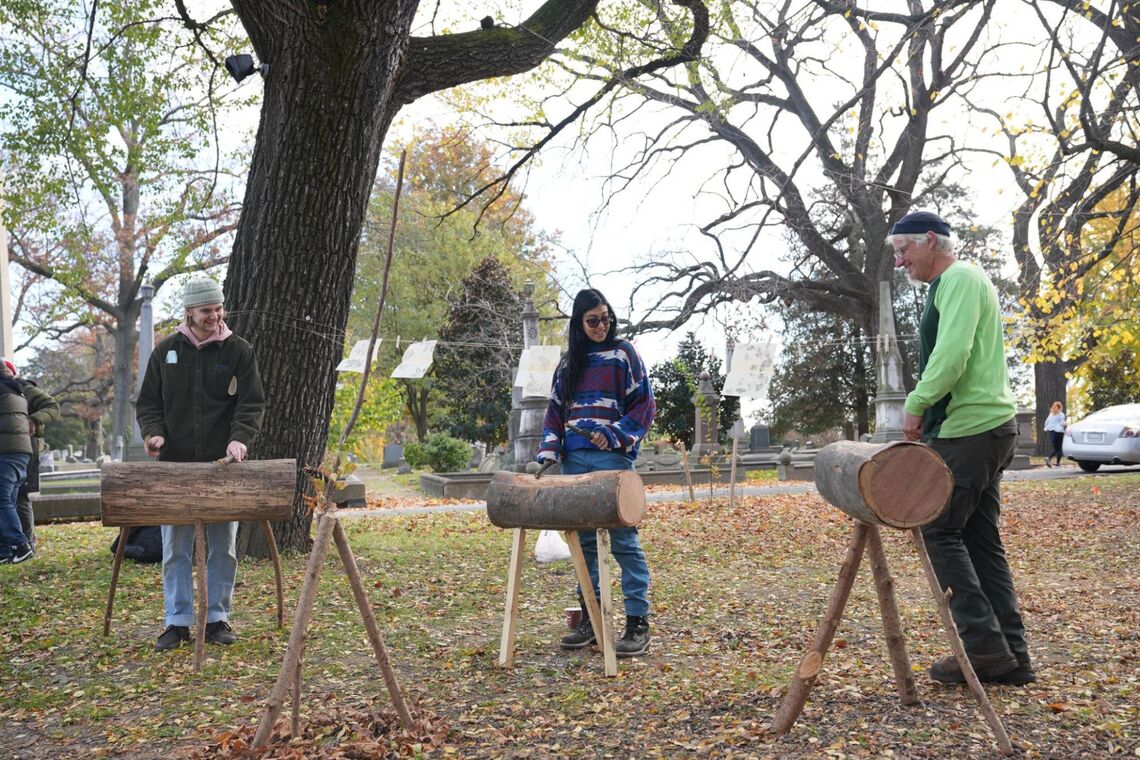 How often is there an opportunity to wonder at the power of trees in community with others while listening to legendary Philadelphia musicians known for their otherworldly ability to attune to the cosmos? Perhaps not often enough. PHS’s multi-year public art project S(tree)twork included an afternoon program, “Summoning the Future Forest with the Sun Ra Arkestra,” in the meadows of Awbury Arboretum, in Philadelphia’s Germantown neighborhood, bringing the community together with an eye on future events.

The Arkestra concert was the culmination of a month of creative workshops – collectively called the Intra-Galactic Forest -- conceived by the S(tree)twork creative team and led by curator Marina McDougall and the international design collective Futurefarmers. These workshops explored trees and their relationships with people, the planet, and even the stars, all in an effort to engage local residents in generating conversations about the vital role of trees in urban communities.

Summoning the Future Forest with the Sun Ra Arkestra

At the September concert, more than 650 people gathered at Awbury Arboretum to enjoy a participatory performance to raise awareness of the Philly Tree Plan and equitably restore the tree canopy in Philadelphia. The band processed with much fanfare into the meadow, and attendees could partake in interactive installations, including hands-on leaf-printing with printmaker Aaron Terry, and a sound installation called SALLIE from the sound artist Marijke Jorritsma of NASA Jet Propulsion Lab, and synthesizer builder/musician Yasi Perera.

The afternoon was filled with art, music, and people clad in decorative eyewear passed out by PHS volunteers. Clusters of people spread across the lawn sat, danced, and listened to the intergalactic melodies from Tara Middleton, lead vocalist for the Arkestra. Keeping spirits high and stomachs fed, Brotherly Grub food truck provided a small taste of Black cuisine in the form of soul food. 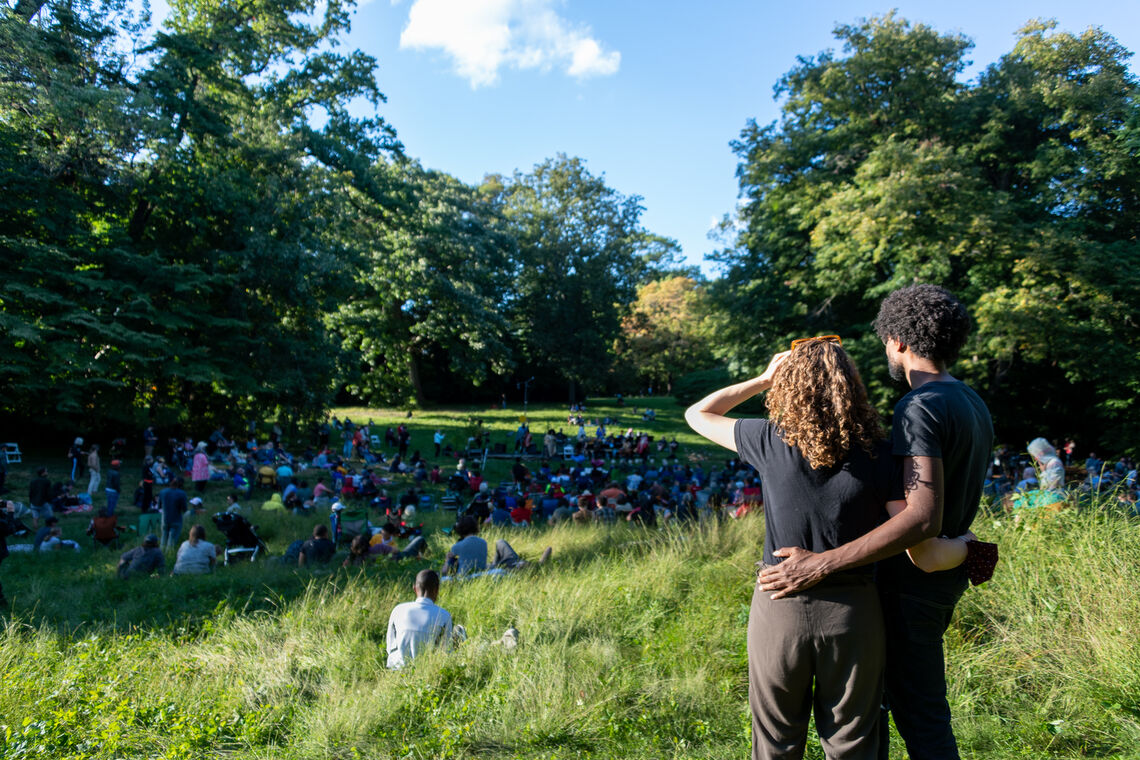 Another gathering took place in the Woodlands in West Philly. On an early November morning, the S(tree)twork team met with PHS Tree Tender group, UC Green, for their fall tree planting. The Woodlands hosted dozens of PHS Tree Tender volunteers preparing to venture out into the community to plant trees as part of PHS’s annual fall tree planting efforts, just one of many such groups organizing across the city. The day began with a S(tree)twork drumming session and more leaf printing with Aaron Terry, Tree Tenders new and old wandered over to investigate the process before picking up their own leaves to make their own vivid prints.

“My kids would be so jealous,” one of the Tree Tenders lamented before scooping up a leaf or two. Acting as a creative pledge or petition, the prints were a promise between the maker and the city to uphold the vision of a thriving urban forest throughout Philadelphia’s diverse neighborhoods.

After the Woodlands, the team made its way to Catherine St. in West Philadelphia, where a “Tree Party” was hosted by tree enthusiast Tempest, who provided neighborhood spirit, good donuts and coffee, and even better music. The entire day was orchestrated by Kiasha Huling, Executive Director of UC Green and longstanding PHS community partner.

In the spirit of bringing awareness for more trees throughout Philadelphia, the S(tree)twork team continues to build strong relationships with the community around Awbury Arboretum, as well as with the larger Germantown community. In 2022, S(tree)twork will continue to build programming opportunities and connections to each of our four partner locations and communities to inspire engagement with the urban forest. An upcoming Form & Function community meeting will take place this April, when we will gather again at Awbury to discuss the role art and culture can play as part of PHS’s and the City’s efforts to equitably restore tree canopy throughout Philadelphia.

Sign up to receive updates on the latest S(tree)twork news as the project progresses.

SIGN UP HERE
Sorry, your browser is out of date
The web browser you are using is too old to view this site. Please update your browser or use Internet Explorer 11 or the current version of Microsoft Edge, Firefox, Chrome or Safari. Thank you!