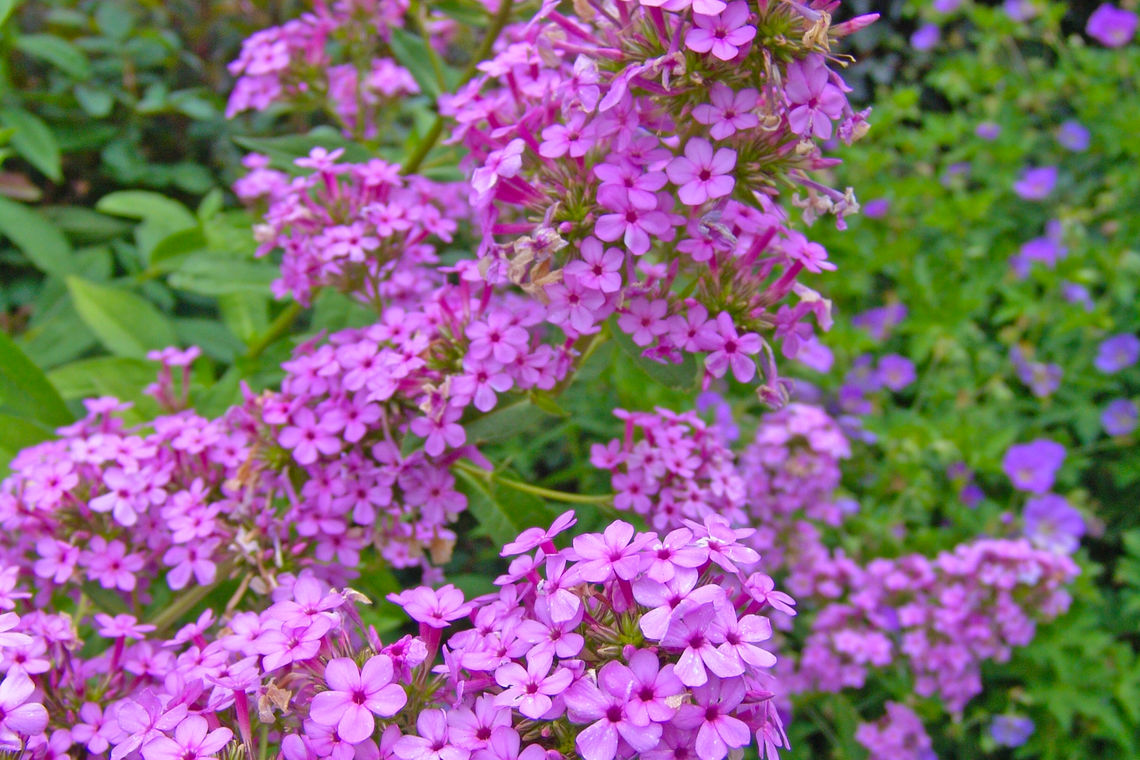 I have been attending the Perennial Conference at the Scott Arboretum at Swarthmore College since 1986, missing only a few since that date.  For me,  the Perennial Conference is a source for garden design inspiration, as well as learning about new and trending plant groups – there were the ornamental grasses in the 80’s and 90’s, followed by hellebores, epimediums, and coneflowers, and this fall, learning about water-wise plants and gravel gardens. It was at these conferences where on more than one occasion I heard world-renowned plantsman, Tony Avent, speak about perennial rarities around the world.   Darrell Probst’s lecture years ago inspired me to use epimediums at the Scott Arboretum where I worked.  And, already Panayoti Kelaidis’ lecture from this year has me inspired to transform my front garden at home into a gravel garden featuring many plants from his recent lecture.

In April of 2016, I visited Jacqueline van der Kloet’s Tea Garden on an island in Weesp, Netherlands.  I was able to observe firsthand her design abilities and plantsmanship. In her lecture at the Perennial Conference, “Perennial Perspectives, The Power of Perennials,” she talked about her approach to design and gardening -- she creates dense plantings of perennials and bulbs with a thoughtful placement of shrubs and trees.  Her plantings are so dense there is little need for mulching since the garden floor is covered with her intricate plantings. In the spring, her herbaceous perennial plantings use many selections of the Lenten rose, Helleborus x hybridus, which provide early spring flowering, as well as evergreen foliage in the winter.  Other important early spring flowers for her include Primula elatior, the newly emerging foliage of hostas and Cardamine heptaphylla.  All these perennials, as well as the mid-spring perennials such as many cultivars of geraniums, Gaura lindheimeri, and phloxes all help hide the bulb foliage as it yellows.

Another favorite presenter at the conference was the famous rock gardener from the Denver Botanic Garden, Panayoti Kelaidis, (above) who presented “Durable, Adorable Yet Undiscovered Perennials.”  Panayoti showed us incredible natural habitats in Western North American, Mediterranean, Caucasus Mountains, Central Asia, The Himalayas, and South Africa.  Many of the plants he highlighted are from arid parts of the world and can be used in gravel gardens, dry gardens, and those types of gardens where the terms “water-wise gardening” or “drought-resistant plants” are used.

Some of the plants that Panayoti highlighted that caught my interest included the ornamental grass Muhlenbergia reverchonii ‘Autumn Ember,’ which is native in Oklahoma and central Texas.  This type of muhly grass has late summer to early fall plumes of pink flowers which reach three feet tall.  A great architectural plant for the garden is Yucca glauca.  Panayoti also suggested trying the dwarf form of Yucca glauca, Y. harrimaniae, Y. sterilis, Y. rostrata, and Y. faxoniana.  Not unlike the large leaves of rhubarb there are many other species of Rheum that are noted for their bold foliage in the garden.  Panayoti suggested trying Rheum tataricum from Central Asia, with large textured leaves, or Rheum spiciforme with rosettes of bold foliage and a corrugated-like leaf surface.  Many of the plants highlighted in Panayoti’s lecture are perfect for our landscapes on around the PHS office in Philadelphia with lots of concrete and little water besides rainfall.  These gardens have been designed with minimal watering in mind.

Prior to his work at PHS, Andrew Bunting spent 29 years in the greater Philadelphia area, where he was employed by Scott Arboretum for 27 years, in addition to Chanticleer Garden in Wayne, and was the owner of Fine Garden Creations, Inc. He is one of the most recognized horticulturists in the Philadelphia region and a highly regarded colleague in the world of professional horticulture. Bunting has amassed many awards including the American Public Gardens Association Professional Citation, Chanticleer Scholarship in Professional Development, Delaware Center for Horticulture’s Marion Marsh Award, and the Certificate of Merit from the Pennsylvania Horticultural Society. In addition, he has published over 200 articles in various national publications, lectured throughout North America and Europe, and participated in plant expeditions throughout Asia and Africa. Bunting published his first book in 2015, “The Plant Lover’s Guide to Magnolias.”