Forcing Branches Indoors for a Floral Boost Before Spring 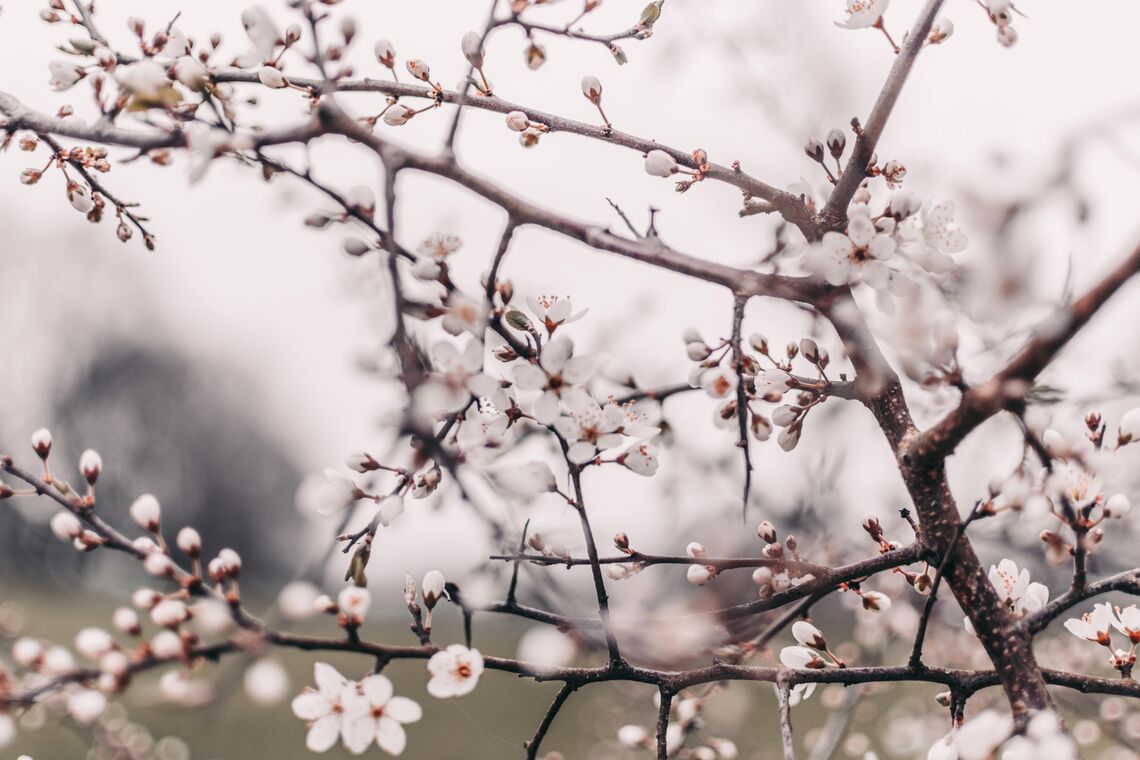 As winter trudges on, many of us are already yearning for the next growing season. If you’re looking to sneak some blooms a little early, forcing branches might be your solution! Many species of shrubs and trees can be tricked into providing armfuls of flowering branches to admire indoors weeks before they would bloom outdoors. Here are our recommendations to trick spring into an early return – no searching for a groundhog’s shadow required!

You can begin forcing some types of plants indoors in midwinter, while others should be forced in late winter or very early spring. Feel free to experiment, as indoor temperatures, light, and humidity levels will also affect your success with forcing. This is a relatively low-effort task since you don’t need a lot of equipment to get the job done — just a pair of pruning shears, water, and containers for your branches.

It’s important to note that this technique won’t work for every spring-flowering shrub or tree, but here are some guidelines about what branches can be forced, and when to attempt to bring them indoors. Generally, any cultivar or species of the following plants will work, with double flowering or later types sometimes being more difficult to force than single blossoms that bloom earlier.

A key part of successfully forcing branches indoors is getting the timing right, also bearing in mind that most plants won’t force well unless there have been at least 6 weeks of continuously cold weather. The earlier a plant blooms outside, the earlier you can try to force it. On a day above freezing, use pruning shears to cut branches between 18”-36” in length (this is a good excuse to accomplish winter pruning as well)! When looking for the right branches to force indoors, you’ll want to choose the branches with the most flower buds. Place your selection of cut branches into a container of water and bring them inside. 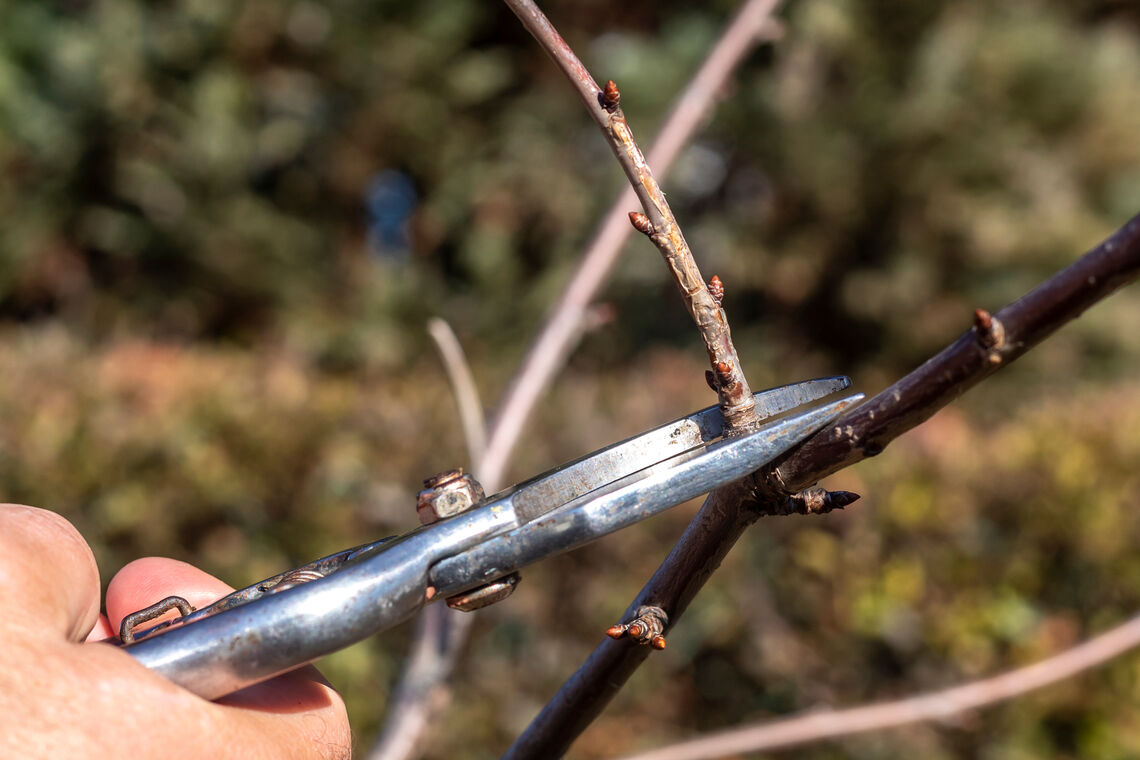 Fill a sink with the hottest water you can tolerate to the touch and submerge the cut ends of the branches. While underwater, make a fresh cut to the bottom of the branch on a diagonal. This will prevent oxygen from reaching into the plant tissue as well as the introduction of bacteria. While the ends are still underwater, we also recommend making a vertical cut in the base of the branch to allow for better water uptake. 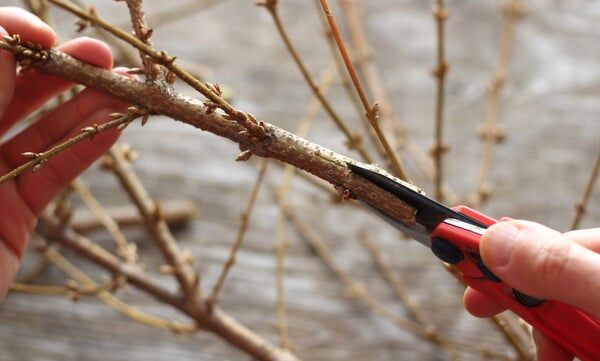 Once you’ve prepared your branches, place them in a different container with fresh warm water. You’ll want to keep your branches in a cool humid setting with lots of light and change the water weekly. Most branches will bloom within one to four weeks. For successive weeks of indoor blooms, continue to bring branches indoors until the beginning of March. 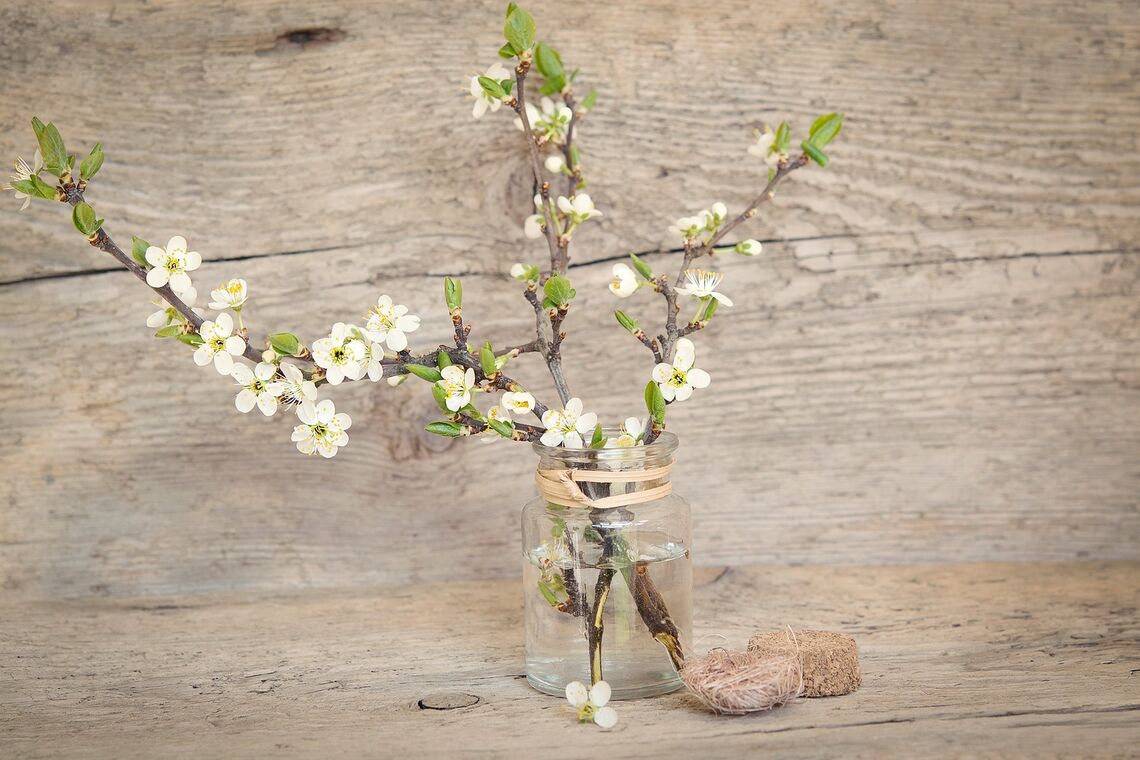 Blooms from spring-flowering trees and shrubs only last a week or so outdoors, and you can expect about the same duration indoors. For best results, keep your branches in a cool room with indirect light. The branches won’t root in water (except for willow) and should be discarded once they’re finished.

Sign up for our monthly newsletter to receive more gardening tips and resources directly to your inbox.

Sign Up
Sorry, your browser is out of date
The web browser you are using is too old to view this site. Please update your browser or use Internet Explorer 11 or the current version of Microsoft Edge, Firefox, Chrome or Safari. Thank you!