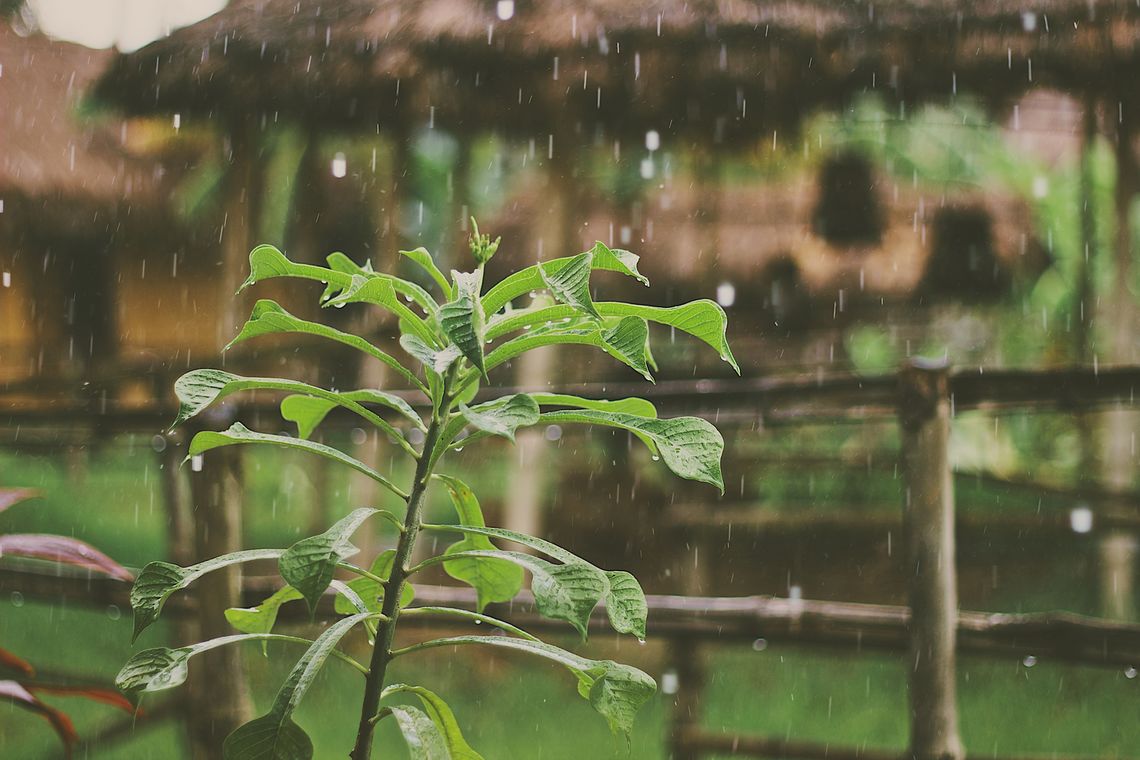 When it comes to environmental issues, Philadelphia and Camden are connected by more than just bridges. With only the Delaware River separating them, they share a host of similar concerns, including quality and health of local waterways. Both cities are on journeys to cleaner water and more effective stormwater management. Teamwork is proving to be the key to success.

The sister cities are joining forces to combat stormwater runoff, an issue that affects cities across the country but is often overlooked. At least a portion of both cities use combination sewers, which manage both rainwater and sewage. When these aging systems are overwhelmed by large amounts of stormwater, untreated water overflows to roads, public spaces and even homes.

“Stormwater runoff is really just rain that isn’t able to sink into the ground, primarily because of the way our landscape is developed,” explains Julianne Shrader Ortega, PHS’s Chief of Healthy Neighborhoods. “As we build cities and replace natural surfaces that are permeable with impermeable surfaces, the rain has nowhere to go.”

Stormwater runoff creates major safety and environmental issues, including polluted waterways, health risks due to untreated water and flooding and scouring of rivers. The need to update stormwater management grows each year as sewers age and increasingly heavy rainy seasons make their way to the area.

For years, Camden and Philadelphia have been seeking solutions to their stormwater woes. Redesigning sewer systems to match water capacity would require enormous amounts of time and funding, so governments and organizations are looking to other pathways. In March of this year, New Jersey Governor Phil Murphy signed a law that would allow municipalities and counties to create stormwater utilities that will fund future management programs.

In Philadelphia, stormwater utilities are not new. The cost of stormwater management is automatically included in both residential and non-residential water bills based on square footage of impervious areas. The funds raised from these utilities are then funneled into green stormwater infrastructure like rain gardens, tree trenches and sidewalk planters.

Thanks to New Jersey’s new stormwater law, there’s hope that large, overhauling projects will be possible in the coming years. For now, Philadelphia and Camden are working together to find solutions that will improve the health of the Delaware River and its communities on both sides.

At the heart of Camden’s stormwater movement is the CamdenSMART Initiative, an organization founded in part by the Camden County Municipal Utilities Authority. In collaboration with municipal departments and residents, CamdenSMART runs green infrastructure projects, training programs and policy development. It has partnered with PHS to run a pilot Rain Barrel Program, giving Camden residents the opportunity to attend rain barrel workshops and have a rain barrel installed at their home free of charge. The program resembles Rain Check, which has had great success in education and promotion of stormwater management. Since the program began in 2012, Rain Check has held 337 workshops with a total of 7,075 attendees and installed 2,964 rain barrels, 563 downspout planters, 82 rain gardens, 282 permeable paver projects, and 45 depaving projects.

“When people come to Rain Check workshops and find out that they’re going to be able to recycle water and also have a positive impact on local waterways and flooding issues, it’s pretty rewarding,” says Zach, who has had a hand in Camden’s rain barrel program. “It’s really important to understand the overall issue, because if you just put a rain barrel in someone’s house and don’t teach them about stormwater, they might not drain it before the next rain comes.” Julianne has hope that Philadelphia’s green stormwater infrastructure can and will act as a model for Camden’s future. “The full range of things that are being designed and implemented here in Philadelphia certainly would apply to Camden,” she says.

Systems like pervious pavement and rain gardens can’t solve the issue of stormwater runoff, but they will certainly mitigate issues caused by flooding in Camden.

“Green infrastructure won’t work without having conventional infrastructure underneath” Julianne explains. “Think of GSI as a bunch of little sponges that remove volumes of water so you don’t take up capacity in those sewers.”

Initiatives like CamdenSMART and Philadelphia’s comparable stormwater program, Green City, Clean Waters, rely on understanding and support from community members. That’s why both programs put a strong emphasis on education and resident engagement.

“A big part of the goal with these programs is to educate and create public awareness because both Camden and Philadelphia are making large investments into green stormwater infrastructure,” says Zach. “Even if someone is only installing a rain barrel, if we’re increasing the knowledge and getting them on board with the larger projects that are going on with the Philadelphia Water Department and Camden, then we’re creating public support as well.”

Want to get involved?

Consider attending a Rain Check [LINK Rain Check to Stormwater Solutions overview page] workshop with PHS to learn about stormwater management firsthand and see if a rain barrel is right for you!