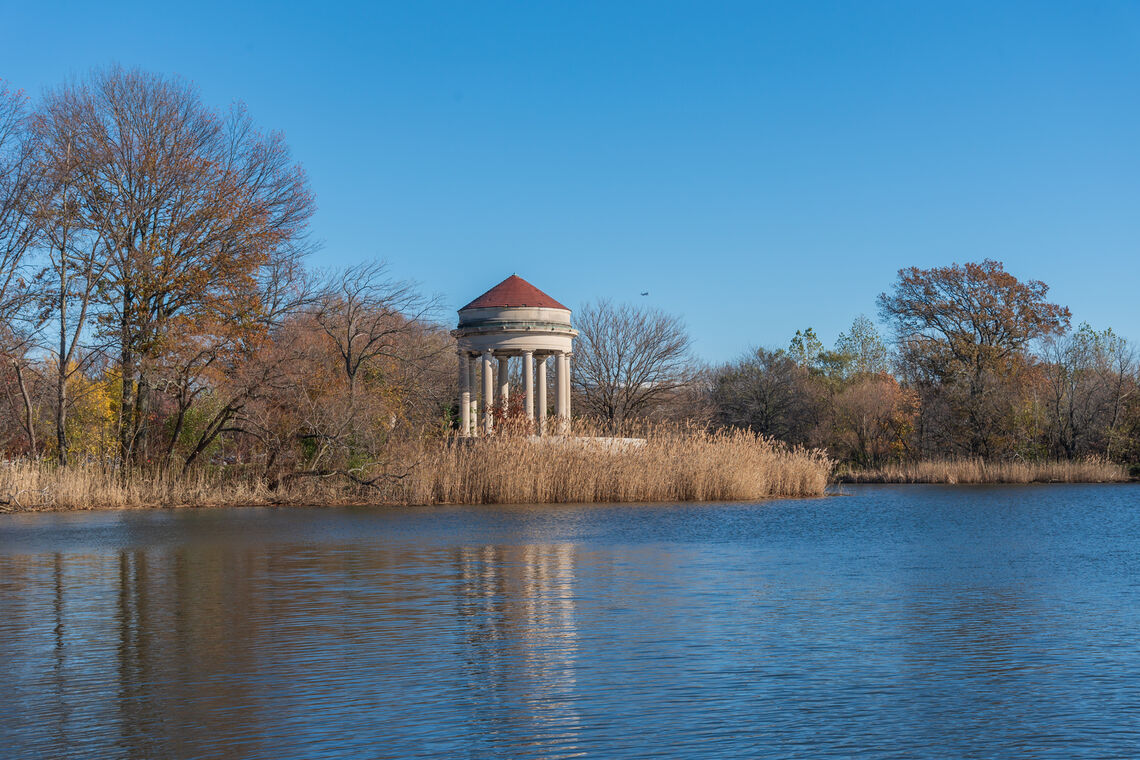 by Erin Dunkel, VP of Marketing

2021 was a year of firsts for the Philadelphia Flower Show: for the first time in 193 years, the Pennsylvania Horticultural Society (PHS) held its award-winning, Philadelphia mainstay event outdoors in South Philadelphia’s FDR Park; it featured 15 acres of Show exhibits and grounds — a first in terms of Show size; and it was the first time the Show featured more than 70 exhibitors. The effort in transforming the traditional indoor Show to an outdoor Show was Herculean — months in the making and one that the PHS team had not before attempted. On top of this unique planning process, PHS set an ambitious goal to keep 65% of waste generated at the event out of the landfill — and ultimately surpassed this metric with an impressive overall waste recovery rate of 83.1%.

A zero waste goal is a high bar to meet for any type of major event. While 100% waste diversion is rarely achieved, the goal refers to a minimum of 90% of waste items kept out of the landfill; instead, these items are recycled, composted, or reused. Enormous hours of planning and logistics are needed by any organization to reach this goal, as everything from pre-event waste (set-up), waste generated during the event, and post-event waste (breakdown) must be accounted for to calculate the overall effort. In tandem with making the transition from an indoor to an outdoor venue to take advantage of a healthier environment during the pandemic, PHS and its partners, along with a sustainability consultant, initially set the event’s waste recovery goal at 65%.

In the weeks spent producing its sustainability plan, the PHS team worked with other partners and resource groups that included: the on-site Flower Show operations team, an external housekeeping staff, over 200 volunteers that made up a new sustainability committee named the “Green Team,” the 130+ on-site Flower Show vendors, and more than 75 Flower Show exhibitors. A strong collaborative relationship with supportive waste partners helped bolster PHS’s efforts, with organizations including: the Philadelphia Office of Sustainability and the Philadelphia Parks & Recreation Department (FDR Park’s owner), along with the support of numerous not-for-profits within the region who assisted with volunteer recruitment and were participants in the post-Show donations program.

The combined sustainability efforts of these groups spanned the Show’s weeks-long set-up, (10) live Show days with more than 112,000 guests on the Show grounds, and multiple breakdown days. In all, 465.2 tons of material were managed by the onsite team and PHS’s hauling partner ADS, for recovery before, during, and after the Show. The recovered material included:

These efforts left a total of 78.64 tons of waste to be sent to the landfill – in all, the Show surpassed its 65% goal and instead recovered a laudable 83.1% of the Show’s overall level of waste.

Additionally, during the post-Show donation period, over 10,600 plants were donated to more than 40 nonprofits for installation in projects throughout the region. More than 4,400 plants were distributed to PHS members, volunteers, and other PHS constituents. Notably, FDR Park, the Show’s host, received over 1,900 plants and a myriad of materials including a bridge and paver stones for inclusion in park improvement projects.

In addition to the traditional waste streams, the Show’s Green Team managed a food rescue and organics donation program at the Show. Partnering with the food distribution nonprofit Food Connect, food was rescued during the Show and redistributed in the community. In all, over 240 Recycling Ambassadors and Leads and 59 Plant Pullers were involved in making the Green Team work seamlessly with roughly 792 volunteer hours.

The core sustainability planning team at PHS was keenly aware of the challenges in this first outdoor Flower Show. In shattering its zero waste goal for this year’s Show, PHS will use the learnings from the 2021 event to provide a strong springboard for future events and will continue its sustainability efforts in the Greater Philadelphia region to advance health and well-being through the power of horticulture.

Want updates on the next Philadelphia Flower Show? Sign up for updates.

Sign Up today!
Sorry, your browser is out of date
The web browser you are using is too old to view this site. Please update your browser or use Internet Explorer 11 or the current version of Microsoft Edge, Firefox, Chrome or Safari. Thank you!