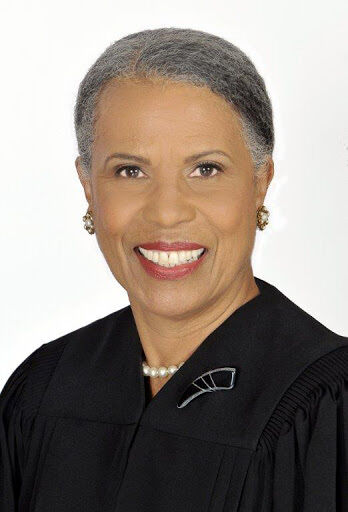 Judge Lillian Harris Ransom began her judicial career in 1995 when she was elected to a ten-year term on the Court of Common Pleas in Philadelphia. She was retained for two additional ten-year terms. During her tenure on the Philadelphia bench, she presided over cases in Family Court and in the Criminal Division.

At the time of her appointment to the Superior Court of Pennsylvania, Judge Ransom was the Homicide Team Leader and was responsible for leading the implementation of the re-sentencing of over 300 juveniles who had been sentenced to mandatory life in prison. Judge Ransom is a graduate of Hampton University, Temple University, and Saint Louis University School of Law.

When Judge Ransom began her career as a judge of the Pennsylvania Superior Court following her nomination by Governor Tom Wolf and confirmation by the Pennsylvania Senate on June 29, 2016, she became the fourth African American to serve on that court in its 100-plus year history. She continued her service to the Commonwealth as a senior judge of the Superior Court until the summer of 2018. Beginning in the fall of 2018, she assumed the position of Senior Judge for the First Judicial District in Philadelphia, where she resumed the position of Team Leader of the Homicide Program and expanded her duties to include serving as the presiding judge of the Common Pleas Mental Health Court.

Her experience with gardening began as a child while growing up on a farm in rural Virginia where she and her family raised almost all of the food that they consumed. Her introduction to the Philadelphia Flower Show came as a result of her membership in Our Garden Club of Philadelphia and Vicinity which she joined in 2003. For several years, she entered exhibits in the Medium Niche category of the Philadelphia Flower Show with one of her club members. She joined the Board in January of 2021.

She is also serving her second term as vice chair of the Windowsill category for the Philadelphia Flower Show. She's also the president of Our Garden Club of Philadelphia and Vicinity, the oldest continuously operating African American garden club in the United States.