Gardening for the Greater Good – June 2019 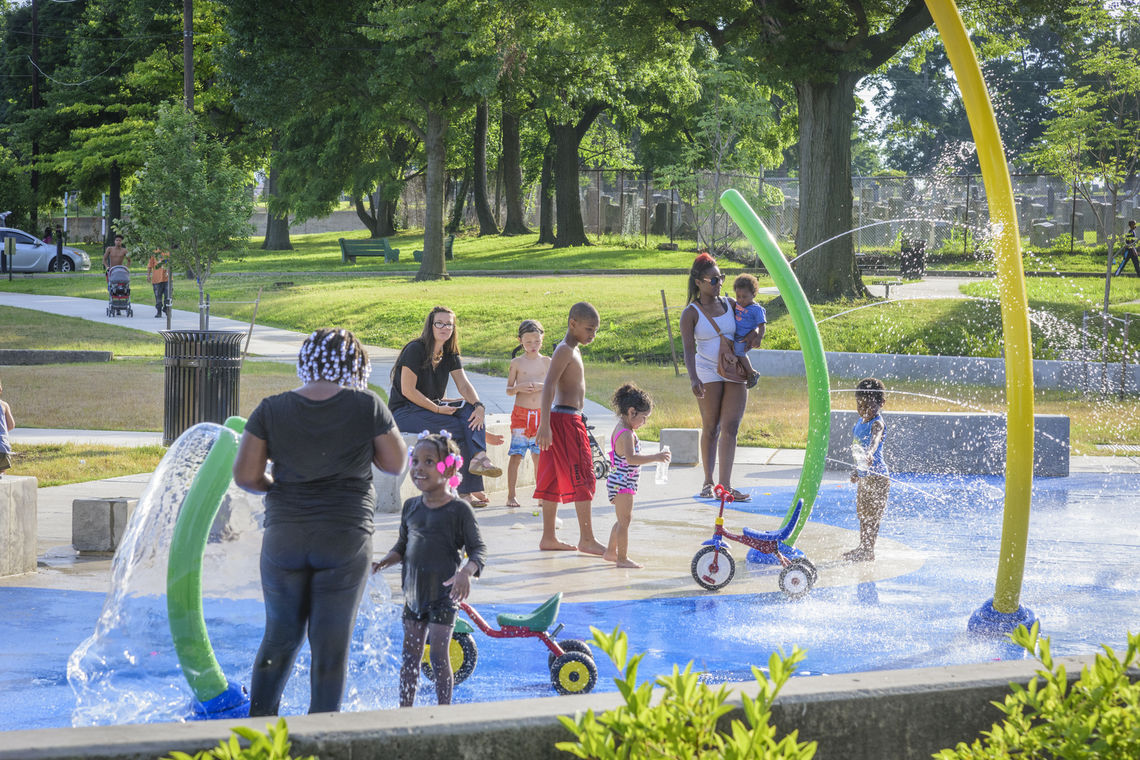 A park is often the heart of a community -- a public area where children can play, families can picnic, and friends can meet. These green oases are even more important in a city. But over the years, weather and wear and tear take a toll. Such was the case with Wissinoming Park, a 43-acre park in the Near Northeast section of Philadelphia.

Over the years, this much-loved park fell into disrepair. Large areas of pavement contributed to stormwater runoff issues, play equipment was nearly 30 years old, and the sprayground area was aging and not ADA-accessible.

“We focused the design on what would make the most impact for the community,” says Sarah DiPietro, PHS Landscape Architect. The design included stormwater management, a new playground and sprayground, and improved site circulation. “Along with the help of our partners, we worked with the community throughout the design process and used their input to shape the project.”

With families in mind, the design merged two existing play spaces for different age groups into one large playground with new equipment and a porous safety surface. The new playground location allows for guardians to watch children of different ages, and the new play equipment will appeal to children of all ages and abilities. The design also transformed the crumbling sprayground into an accessible area with a variety of dynamic features and colorful non-slip surfacing with seating for children and adults.

The design elevated the park’s accessibility for users of all ability levels by creating new ADA-accessible paths and furnishings for ADA accessibility and durability. The picnic grove, a popular gathering space, was transformed with ADA-accessible tables. A new game table area incorporated donor bricks that were salvaged during construction. PHS designers worked with the community to develop a design that used the pavers in a new configuration that honors those who have donated to the park over time.

The Wissinoming Park renovation project was completed in fall 2017. “The park is more welcoming because it’s now accessible to people of all ability levels,” Sarah says. “It’s gratifying to visit Wissinoming now and see the community enjoying their new park.”