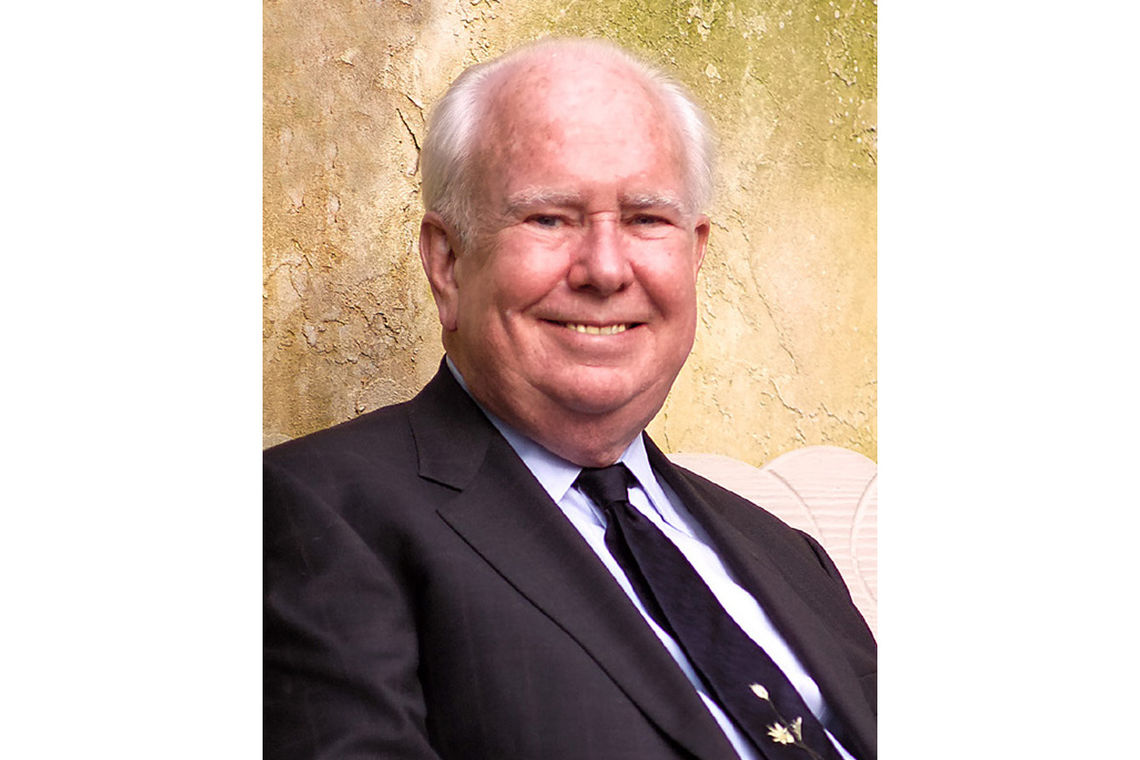 [PHILADELPHIA, PA – February 10, 2020] – Dr. Peter Raven, a world leader in plant conservation and botany, has been named the keynote speaker at the 2020 PHS Gardening for Biodiversity Symposium sponsored by the Prince Albert II of Monaco Foundation – USA, to be held on Wednesday, March 4, 2020, from 8:30 am to 5 pm at the Pennsylvania Convention Center in conjunction with the PHS Philadelphia Flower Show.

Dr. Raven will kick off the Biodiversity Symposium with a talk entitled “Biodiversity and Our Common Future,” addressing the issue of extinction and the role of diverse species in our ecosystems and lives. He will discuss the opportunity our species has to preserve biodiversity and the degree to which existing efforts have been successful.

PHS and the Prince Albert II of Monaco Foundation are partnering on the symposium during the 191st Flower Show as part of their continued efforts to address environmental issues both globally and throughout the mid-Atlantic region. PHS’s vision to use horticulture to improve the health and well-being of the Greater Philadelphia region is in keeping with the Foundation’s dedication to protect the environment and promote sustainable development on a global scale.

Dr. Raven has been a lifelong advocate for global biodiversity and has led environmental research around the world to preserve endangered plants. He has authored over 700 publications, including books, articles, and monographs on environmental topics. Dr. Raven retired in 2010 as President of the Missouri Botanical Garden that, under his 40 years of leadership, became a world-class center for botanical research, conservation, education, and horticulture display. He now has the role of President Emeritus.

“As the leading advocate for biodiversity, Dr. Raven has dedicated his life and career to addressing the difficult environmental challenges that the world faces today,” said Andrew Bunting, PHS Vice President of Public Horticulture. “He is an international leader in plant biodiversity, and we are honored to have him as the keynote speaker at the PHS Gardening for Biodiversity Symposium.”

Included among Dr. Raven’s prestigious honors and awards are the National Medal of Science, the country’s highest award for scientific accomplishment, presented by President George W. Bush in 2001, and the International Prize for Biology from the government of Japan. In 2018, Dr. Raven received National Geographic’s highest honor, the Hubbard Medal, that “recognizes lifetime achievement in research, discovery, and exploration,” and was named TIME Magazine’s “Hero for the Planet” in 2015. He also received an Honorary Doctor of Science from Harvard University in 2014. In 2010, Dr. Raven received the Biodiversity Award from the Prince Albert II of Monaco Foundation for his significant contributions to environmental preservation.

Other notable symposium speakers include Abby Meyer, Executive Director of Botanic Gardens Conservation International US; Dr. Dennis Whigham, Senior Scientist at the Smithsonian Environmental Research Center; and Nico Wissing and Lodewijk Hoekstra, co-owners of NL Greenlabel, based in the Netherlands. PHS’s Bunting will moderate roundtable discussions at the symposium, and speakers from PHS will also present during the day. Jeannette Reyes of 6ABC Philadelphia will emcee and facilitate discussion in between sessions. Symposium tickets are available at theflowershow.com/biodiversity for $85 per person. Tickets for the symposium and reception are $115 per person. Symposium registration includes same-day access to the Philadelphia Flower Show.

ABOUT THE FLOWER SHOW
The PHS Philadelphia Flower Show is the nation's largest and longest-running horticultural event and features stunning displays by the world’s premier floral and landscape designers. Started in 1829, the Show introduces diverse plant varieties and sustainable garden and design concepts. In addition to the major garden displays, the Flower Show hosts world-renowned competitions in horticulture and artistic floral arranging, gardening presentations and demonstrations, special events, and the citywide Bloom Philly pre-Show celebration. For more information about the PHS Philadelphia Flower Show and to purchase tickets, visit theflowershow.com, and follow the Show on Facebook, Twitter and Instagram.

The Exclusive Sponsors of the 2020 Flower Show are Bank of America, Independence Blue Cross, and Subaru of America. The Official Media Partner is 6ABC. The official hotel sponsor is Hilton.

ABOUT PHS
The Pennsylvania Horticultural Society, an internationally recognized nonprofit organization founded in 1827, plays an essential role in the vitality of the Philadelphia region by creating healthier living environments, increasing access to fresh food, growing economic opportunity, and building deeper social connections between people. PHS delivers this impact through comprehensive greening and engagement initiatives in more than 250 neighborhoods; an expansive network of public gardens and landscapes; year-round learning experiences; and the nation’s signature gardening event, the Philadelphia Flower Show. PHS provides everyone with opportunities to garden for the greater good as a participant, member, donor, or volunteer. For information and to support this work, please visit PHSonline.org.

ABOUT THE PRINCE ALBERT II OF MONACO FOUNDATION-USA
The Prince Albert II of Monaco Foundation, created by His Serene Highness the Sovereign Prince in June 2006, is dedicated to the protection of the environment and the promotion of sustainable development. The Foundation has three priority objectives: to limit the effects of climate change, to safeguard biodiversity and to protect water resources. The Foundation supports initiatives by public and private organizations in the fields of research and studies, technological innovation and socially-aware practices. The USA Foundation was formed in 2008 to help, designate, and support projects that fulfill the Foundation’s Mission in the United States or by United States organizations. Today, the Foundation has supported nearly 350 projects worldwide with 10 chapters across the globe carrying out the mission of the Foundation. @FPA2 @GvtMonaco @MonacoEmbassyDC @MonacoInUSA