PHS prioritizes your health and safety. Learn more about our Covid-19 procedures and guidelines.

Embellish Your Garden with Ornamental Grasses

for the love of plants 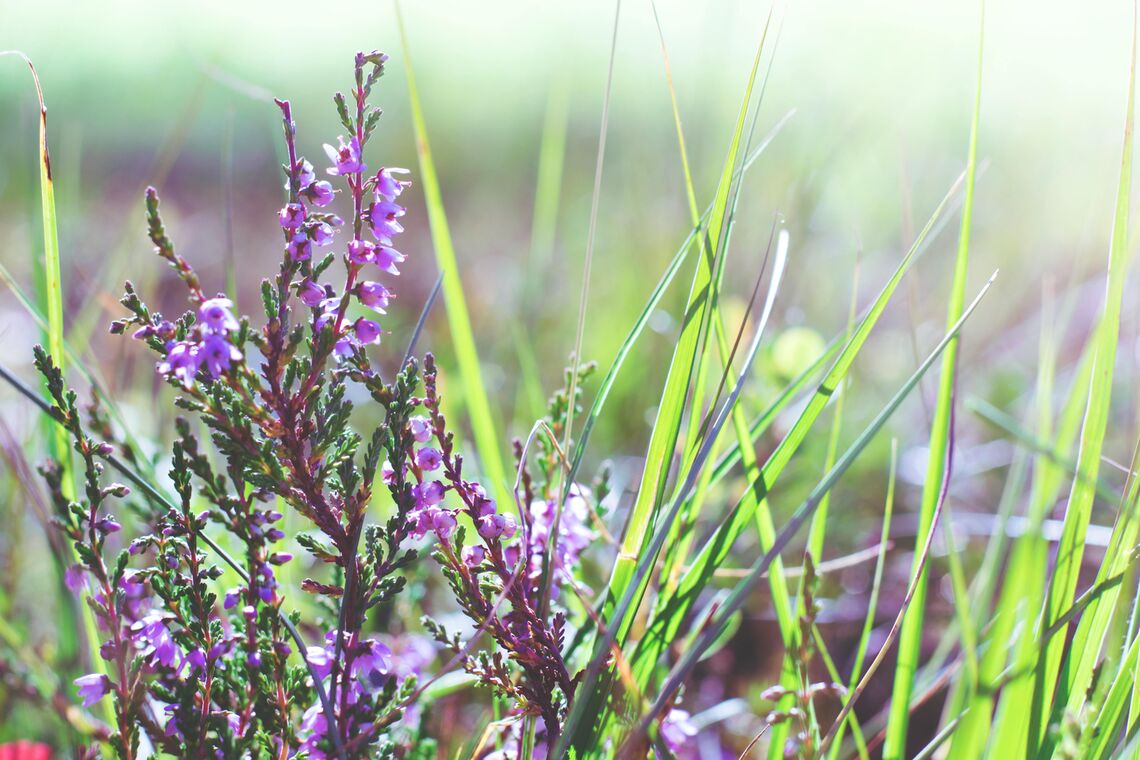 As we slide from one heat wave into the next this summer, gardeners and homeowners are always searching for new solutions to keep their landscapes and gardens colorful, interesting, and healthy. What began as the choice for many environmentalists wishing to include native plants in their gardens to sustain wildlife, native ornamental grasses have quickly caught the attention of all gardeners as the go-to poster plant for year-round, drought-resistant, beauty and texture in a garden bed.

At the Pennsylvania Horticultural Society, gardeners on the Public Horticulture team have long been aware of the benefits of planting ornamental grasses and have been planting them for years at PHS’s public landscapes throughout the city, including the PHS Pop Up Gardens and PHS Meadowbrook Farm, in addition to The Navy Yard, Eastern State Penitentiary, the Rodin Museum, and the Delaware River waterfront.

“As flowering plants come and go in the garden and perennial border, I find that ornamental grasses with summer interest assist in providing ornamental interest throughout the summer and into the fall,” says Andrew Bunting, PHS Vice President, Public Horticulture. “Both annual and perennial grasses come in many sizes, forms, and colors. Because many of them are native to the prairies and meadows of the United States, they are very heat and drought-tolerant,” he says.

Todd Greenberg, PHS Project Manager at The Navy Yard, uses one of his very favorites, Calamagrostis acutiflora ‘Karl Foerster’.  “This tough, tall, ornamental grass really stands out in mid-summer with rockets of golden blooms, and can reach five feet in height,” says Greenberg.  He considers ‘Karl Foerster’ a see-through plant, because while it has a mound of foliage at the base, the wiry seed and flower heads are so thin it allows you to see flowering plants behind it.” This plant will stay golden beige throughout the winter.

Greenberg also loves Chasmanthium latifolium northern sea oats, a perennial ornamental grass with flat seed heads that provides year-round interest in USDA zones 5 to 8. “One cannot deny the texture and tenacity of Chasmanthium in the landscape,” he says.   This grass is grown for its pendant clusters of oat-like seed heads, that turn an attractive tawny color in the fall.  Reaching two- to three-feet tall, it can grow in a wide range of conditions including sun and shade.

Another gorgeous selection, the Midwest prairie native, little bluestem ‘Standing Ovation’ Schizachyrium scoparium reaches three- to four-feet in stature. Introduced by North Creek Nurseries, this plant features more upright foliage that, in summer, is blue-green, then turns brilliant shades of orange and burgundy in the fall.  The bronze cast of its winter foliage looks lovely with a dusting of fresh snow.

Leah Blanton, PHS Project Manager, uses ornamental grasses at many of the sites she oversees, including the Delaware River Waterfront, PHS’s  headquarters at 20th and Arch Streets, the PHS Pop Up Garden at South Street, and the soon-to-open PHS Pop Up Garden in Manayunk.

“Grasses are multi-functional and beautiful for any garden,” says Blanton. “They provide texture and movement, often bloom for many months, and can carry a planting when seasonal perennials are in and out of bloom.”  They require virtually no maintenance, other than an early spring cutback, and most are tolerant of a wide range cultural conditions, including drought —once established, urban environments, and poor soil conditions (depending on the grass). “There is a grass for everyone — consider incorporating them among perennials for a naturalistic aesthetic that works well with native perennials,” she says.

One of her favorite grasses is side-oats grama, Bouteloua curtipendula.  The blueish-green foliage on this beauty reaches two feet tall, and in mid-summer, thin stems arch over the foliage and show off dangling flowers with orange anthers and small purple flowers.  It is a great grass to weave amongst flowering perennials like coneflowers, Echinacea purpurea.

A great grass to use as groundcover is Seseleria autumnalis autumn moor grass. This clumping grass is “tough as nails,” says Blanton. It forms low, tight mounds of lime-green foliage that can be semi-evergreen throughout the winter.  Silvery seed heads in late summer dry to brown and persist through winter. This grass tolerates a wide range of soils and drought.

The Scent of Late Summer

Most people don’t think of grasses for their fragrance. One exception is Prairie dropseed, Sporobolus heterolepis, with clumping foliage and delicate sprays of summer flowers.  The scent comes from the flowers — feathery panicles that bloom in late summer — and has been described as cilantro, buttered popcorn, and even the fresh aroma that comes after a thunderstorm.

See ornamental grasses at the PHS Pop Up Garden at South Street, PHS Meadowbrook Farm (by reservation, only), The Navy Yard, Parkway Gardens, or other PHS-maintained gardens and landscapes in Philadelphia with this map.